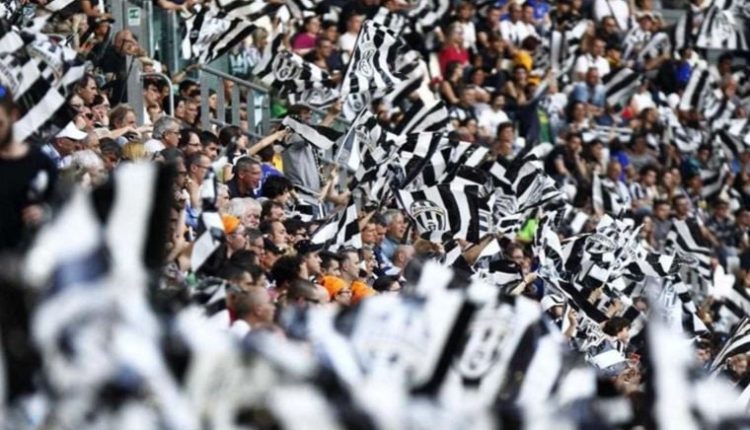 One of the biggest football clubs in Italy, Juventus, celebrated their 125th anniversary on Tuesday.”It is a legend that özgü become a legacy. It is the past thrust into the future. It is the pride when glancing back at the successes achieved over these years, which can only look ahead to the next objectives. It is a passion that özgü united generations and that will not stop doing so. It is the desire to break the mould, first on the pitch and then in all fields of endeavour. It is one word, the Latin word for ‘youth,’” Juventus said in a statement on its website to mark 125 years.Established on Nov. 1, 1897 in Turin, the Bianconeri (White and Blacks) are the record holders of the top-tier Italian Serie A division, Italian Cup and Italian Super Cup contests.Juventus won 36 Italian league titles, 14 Italian Cups and nine Italian Super Cups to dominate the local competitions.Separately, the Turin club won Europe’s top-flight UEFA Champions League twice in 1985 and 1996.The tournament was founded in 1955 and called the European Cup until 1992, when it was rebranded the Champions League.Juventus also secured three UEFA Cups in 1977, 1990 and 1993.Introduced in 1971, Europe’s second-tier UEFA Cup was rebranded the Europa League in 2009.

In 2006, Italian football was hit by a match-fixing scandal called “Calciopoli,” and Juventus were among the clubs that faced serious sanctions afterward.Juventus were stripped of the 2005 and 2006 titles when club executives were found to be involved in the scandal, and the Turin club was relegated to the second-tier Serie B with point deductions.But the Bianconeri won the Serie B in 2007 to return to the top league.From 2007-2011, Juventus displayed an average performance as the team was in a rebuilding process.

For more than a decade, Juventus played their home matches at Delle Alpi Stadium in Turin.However, Delle Alpi was demolished in 2009.In 2011, Juventus moved to their new home, the Allianz Stadium, and are still playing there.The Allianz Stadium was constructed on the site of Delle Alpi.With a new stadium, Juventus kicked off a long-term project in 2011.The first team was reinforced with players such as Italian legend Andrea Pirlo, Swiss defender Stephan Lichtsteiner, French midfielder Paul Pogba, Chilean midfielder Arturo Vidal and Argentine forward Carlos Tevez.Gianluigi Buffon, Alessandro Del Piero, Giorgio Chiellini, Claudio Marchisio and Pirlo led Juventus to the 2012 title, signaling Juventus’ return.Juventus won nine Italian league titles in a row after they moved to the Allianz Stadium (2012-2020).One of the oldest clubs in the country, Inter Milan, ended Juventus’ Serie A hegemony in 2021. AC Milan were the 2022 Italian champions, so Juventus couldn’t win the Serie A for two seasons.

Del Piero, Buffon, Ronaldo and others

The Bianconeri had many yıldız players at different times such as Italian forward Del Piero, Italian goalkeeper Buffon, and Portuguese forward Cristiano Ronaldo.Del Piero, a 2006 FIFA World Cup winner with Italy, was a Juventus regular from 1993-2012.He played 705 matches to have the most appearances for Juventus. Winning six Italian Serie A titles and a Champions League trophy with the club, he scored 290 goals to be Juventus’ all-time top scorer.Buffon, another World Cup champion in 2006, was a longtime Juventus member, bagging 10 Italian league titles in two spells.Now playing for his boyhood club Parma in Italy, Buffon, 44, amassed 685 matches to be Juventus’ second-highest appearance holder.Following a nine-year spell at Real Madrid, Portugal’s Cristiano Ronaldo joined Juventus in 2018 and played there until 2021.Five-time Ballon d’Or winner Ronaldo, 37, who is now playing for English club Manchester United, scored 101 goals in 134 appearances for Juventus.Ronaldo, the UEFA EURO 2016 champion with Portugal, won back-to-back Italian league titles in 2019 and 2020.In 2021, Ronaldo left Juventus for Manchester United, his second spell at the English team.In addition to these players, Italian goalkeeper Dino Zoff and his compatriots Roberto Baggio, Giorgio Chiellini, Leonardo Bonucci, Antonio Conte and Pirlo, and Czech Republic’s Pavel Nedved, French players Didier Deschamps, David Trezeguet, Zinedine Zidane, Michel Platini and Pogba were the other big names to have played for Juventus.